Since first launching his time-travelling, ‘dance-through-the-decades’ audio-visual party concept in 2011, Sydney’s Tom Loud has grown his project into an absolute monster. This Australian DJ – who showcases songs from every decade and genre of music, weaving it into one expansive, electrifying, music history lesson –  has been welcomed by international audiences with open arms; with a phenomenal 200,000 tickets already sold worldwide.

2017 was Hot Dub Time Machine’s biggest year yet – one that began with the headline spot on the revered national Falls Festival tour, and ended with Hot Dub ringing in 2018 with over 10,000 people in Sydney at a New Year’s Eve festival of his very own creation – NYE in the Park. In between, Hot Dub entertained thousands at home and abroad – highlights included a USA Tour, performing two of the largest shows to ever take place in Edinburgh Fringe Festival, raising the roof at London’s Brixton Academy, island party Your Paradise, headlining Australia’s Melbourne Cup, and, of course, the major success of inaugural Wine Machine.

Hot Dub Time Machine consistently delivers stellar live performances that are near impossible not to enjoy. He pinpoints the happiest moments of your partying days past, and re-creates those moments to perfection for you all over again; intertwining them with the right here and the right now – in the most exhilarating way possible.

His party is forever entertaining, and will surely go on for years to come. 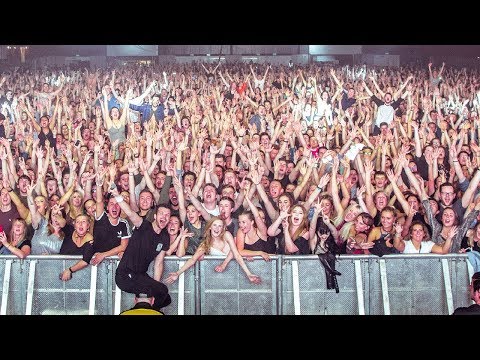